The inspiration for the front of the postcard has a picture of a fire at night.  The fire is an important symbol in FCF.  In the foreground, there is a row of pictures from throughout the history of the Shawnee Trail Chapter and the event info. 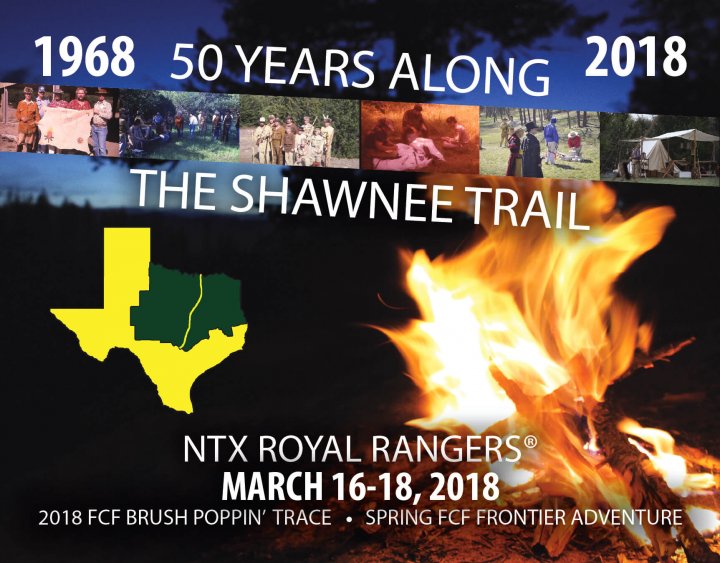 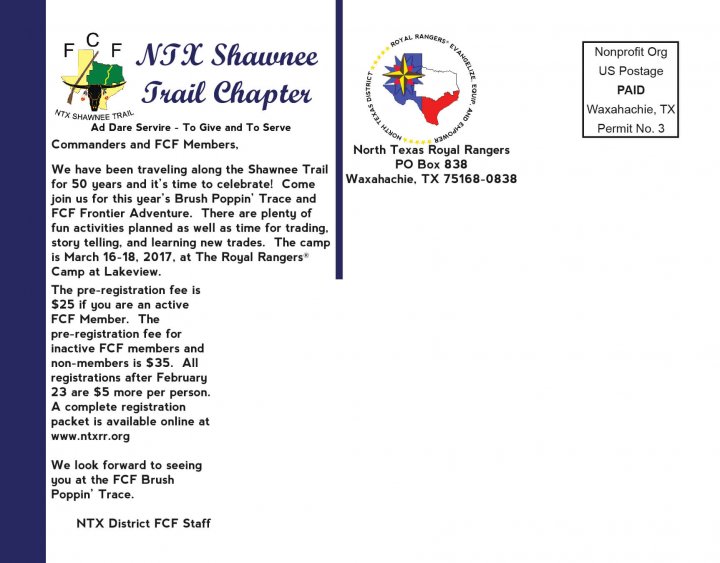